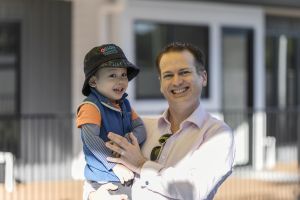 At AEIOU, we firmly believe every child with autism in the country should have access to early intervention, and the opening of our purpose-built Logan centre on 14 August unlocks that reality for a whole new community of families on Brisbane’s Southside. Among the first through the doors will be the Setter-Chang family, who will no longer face a long commute to our Camira centre to give their beautiful three-year-old son Charlie the best opportunities to develop vital communication and social skills.

It was over time we noticed Charlie was delayed in speaking and didn’t want socialise with family and daycare peers who he saw regularly. We initially sought speech therapy for him which helped with his vocabulary, but he would still only speak to us, his parents, and not even close family. He was also developing repetitive behaviours, repeatedly licking his chin and observing objects from all angles, and rather than engaging in conversation he would repeat scripts from his favourite TV shows.

While we had suspicions at times that Charlie showed some autism features, we didn’t think they were severe enough to result in a diagnosis. We sought a developmental paediatrician’s advice to help us address his limited social interaction and we almost expected to be told we were overthinking things. After the diagnosis, we definitely went through a grieving process for weeks, worrying about how all three of our lives would change and how vulnerable Charlie may become to loneliness and bullying.

Looking back, we are very grateful our paediatrician recommended AEIOU at the appointment and were so fortunate to be offered a place at the Camira centre from the beginning of 2018.

Charlie had just turned three years old when started at AEIOU and we saw the benefits from day one.  Charlie would often be unsettled at drop off at his previous daycare.  But before long at AEIOU, he was showing us the door to leave.  We have also seen a steady improvement in his social skills. Not to mention he was toilet trained within the first few months and, excitingly, made his first friend, which was such a pleasant surprise for us! This was the first non-family member Charlie has shown a true interest in.

Definitely the most valuable change we have seen in Charlie since he started at AEIOU has been his increasing willingness to communicate and show his personality. Our little boy is coming out of his shell more and more each day which is helping the three of us to bond and giving Angela and I a great deal of happiness.  We are quickly realising that, while socialising doesn’t come naturally to him, he has many skills (including greater numeracy and literacy than we first realised) and a great sense of humour! As he gains social and communication skills, we are hopeful he will be able to follow the academic and community pursuits that will fulfil him. Simply, the future would not look so positive without the dedication of all those involved in Charlie’s development at AEIOU. All the staff are not only highly skilled, but have a special gift to connect with Charlie and his peers and provide them with a loving, caring environment. They just ‘get it’ and he bonded with them from day one.

As well as providing the structured program, the staff are always on hand and willing to answer any questions which arise for us with Charlie and even offer home visits if required.  This is such a benefit of having daily contact with autism professionals. Having this service saves us needing to visit a private psychologist, paediatrician or other health professional each time such issues arise for us.  So many parents have commented that they felt fearful and alone following diagnosis but suddenly saw a bright future with the support of AEIOU. We thoroughly agree!

We have seen how effective the Early Childhood Early Intervention approach has been with Charlie in his short time at AEIOU Camira and have heard of many more success stories across the AEIOU centres.  We were lucky that despite the distance, we have still been able to commute to Camira in the meantime, but many families may not be, so having a local centre will be a huge benefit to those living in Logan and the surrounding areas. It’s an exciting chapter in AEIOU’s story and for the autism community. 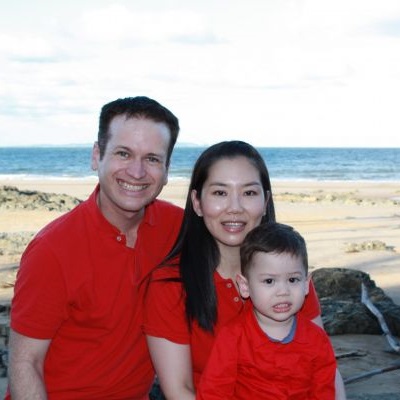