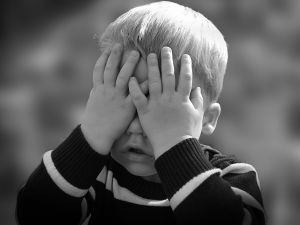 In a world-first study, researchers from Perth’s Telethon Kids Institute have shown that the so called 'autism epidemic' is due to an increase in the diagnosis of children with less severe behavioural symptoms, and not because there are more children being born with the disorder.

The findings, published in the international journal Autism Research, provide the first evidence internationally of a reduction over time in the behavioural severity of individuals diagnosed with Autistic Disorder during a period of stability in diagnostic criteria.

Professor Andrew Whitehouse, Head of Autism Research at Telethon Kids and lead author of the study, said that while the prevalence of autism has increased 20-fold over the past 30 years, the reason behind this has remained a mystery.

“The prevalence of autism is now thought to be at least one per cent,” said Professor Whitehouse, “but a question that has remained unanswered, is what is behind the dramatic increase in the number of children being diagnosed with autism?”

“Are there truly more kids with autism now than there were before, or is it more a case of us recognising more kids?”

Researchers examined the diagnostic information of 1,252 children diagnosed between 2000 and 2006, which are the years that saw the biggest increase in autism prevalence throughout Australia (and the world).  They examined differences in both the percentage of newly diagnosed cases that met each of the 12 diagnostic criteria for autism as well as severity ratings of the behaviours observed (not met, partially met, mild/moderate and extreme).

Professor Whitehouse said the research showed that the majority of the increase in autism prevalence over this period was due to an increase in diagnosing children with less severe behaviours.

“In essence, there has been a clinical shift towards diagnosing children with less severe behavioural symptoms,” he said. “Other research has shown these children would previously have either received a diagnosis of another condition such as language impairment, or not received any diagnosis at all.”

Professor Whitehouse warned that it was wrong to infer that children with less severe symptoms do not have autism.

“Our understanding of the nature of autism has changed over time,” Professor Whitehouse said. “We now recognise that the condition presents along a spectrum. It is critical that we are all aware of the full range of presentations, as well as the considerable strengths that individuals on the spectrum bring to our community.”

The Western Australian Register for Autism Spectrum Disorders is supported by Rotary Club of Scarborough and Professor Whitehouse’s research is funded by a NHMRC Senior Research Fellowship.

Article originally appeared on the Telethon Kids Institute website on 23 January 2017. Click here to view in its entirety.