Queensland Times: What it's like for a child with autism to start prep 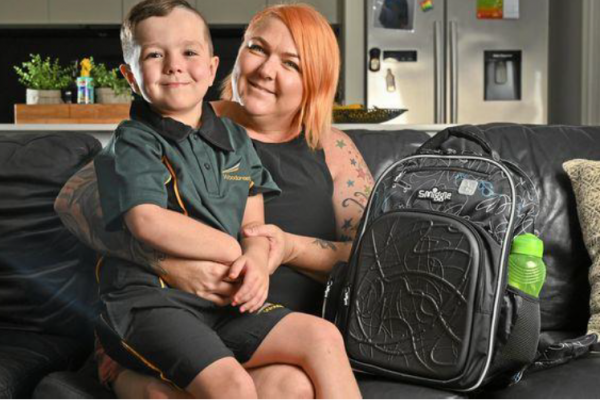 What it's like for an autistic child to start prep

LIKE many young children, Coen Rule is excited about going to big school.

The five year-old will start Prep at Woodcrest State College on Tuesday and is looking forward to playing with his new classmates and meeting his teacher.

But Coen's autism means he needs a little extra help to prepare for the next stage of his life.

His mum Terri Rule and her wife moved their family from Brisbane's north side to Springfield in 2018 so her youngest son could attend the AEIOU Foundation for Children with Autism in Camira.
The centre offers support to families and children who have been diagnosed with autism and specialises in teaching children functional communication and behaviour as well as social and independent living skills, including toilet training and mealtime support.

There are only 11 AEIOU Foundation centres in Australia, so the decision to uproot the family to start over over in a new environment was one of the best decisions they could have made, according to Mrs Rule.

"We couldn't get into a centre on the north side, so when they offered us a spot in Camira, we jumped at the chance," Mrs Rule said.

"We were only planning on being here (in Ipswich) a year, but now we have decided to stay.

"The AEIOU Foundation did a wonderful job with Coen. When he first went there he wasn't one for talking much. If he ever had an issue, he wouldn't say anything, he'd just get upset.

"But he has come out of his shell a lot, and he is really starting to blossom.

"He has always been a really happy and smiley boy, but they have helped prepare him for school and the new routine he will be in."

While the first day of school can be emotional for both adults and their children, Mrs Rule doesn't think there will be any tears from her youngest.

"He has been excited about going to school since before Christmas," she said.