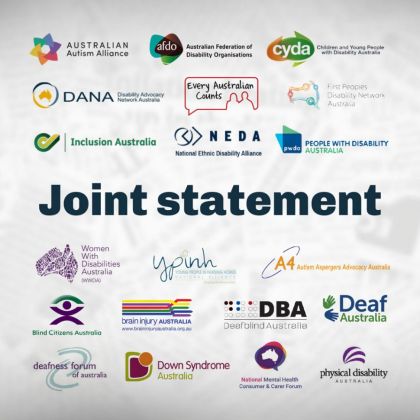 At AEIOU, we’re proud to be a National Disability Insurance Scheme (NDIS) provider. However, like many other service providers in the disability sector, we have several concerns with the reforms to the NDIS that are currently being proposed.

The NDIS was introduced in 2013 to enable people living with disability to have choice and control over how they accessed support. The Scheme takes a lifetime approach, deliberately seeking to invest in people with disability early, to improve their outcomes later in life.

It’s a young system, and it’s very large and complex. We can expect changes and improvements along the way. The National Disability Insurance Agency (NDIA), who administer the Scheme, released information about proposed reforms in November last year. Some of these relate only to adults with disabilities, some relate to children as well. There is a distinct set of proposals just for the early childhood early intervention (ECEI) space, which will affect how families with children at AEIOU will be funded.

AEIOU submitted a formal response to the NDIA about the report in February. We are very grateful to all the parents and carers who responded to our survey about the proposed changes. That information formed an important part of our response. This month, we were invited to provide evidence about key issues facing people with autism at the Senate Select Committee for Autism; we spoke about the challenges the NDIS reforms represent.

Today, a number of disability peak bodies released a joint Statement of Concern about the reforms. Like our fellow members of the Australian Autism Alliance, one of the signatory bodies to the Statement, we have worries about proposed Independent Assessments (IAs). We are concerned that this proposed change to how children can gain access to the NDIS will unfairly exclude many families.

However, AEIOU believes the single most effective thing the NDIA could do to strengthen the proposed reform is to amend the NDIS Act to include social development in the Section 9 definition of Developmental Delay (b). This would ensure that a child’s social skills be considered as part of a decision around developmental delay in accessing funded supports. For children with autism, that decision could literally change their life.

We encourage you to read AEIOU’s response to the ECEI Reset proposals, and the Statement of Concern by the Australian disability sector (you can view Easy Read, Plain Language, or Full Statement versions).